At first, and from the description, this seems like just a predictable movie about some weird kid who may be secretly drugging and raping his new neighbor because she reminds him of mom and…actually, no, that’s pretty much it. They add a supernatural twist to switch it up, but other than that it’s exactly what it seems to be. Super predictable, but it was still decent and sufficiently disturbing I guess.
Black Mass (2015) 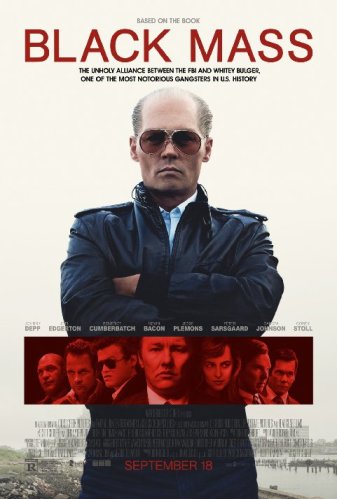 Pretty standard mobster movie. If you like mob movies you’ll probably like this. Excellent performance by Depp as usual.
Krampus (2015)

New one from the director of Trick R Treat. This ones a bit more family friendly, oddly enough. It was ok I guess. Had a few funny bits and some neat looking creatures, but don’t expect serious horror. This makes Gremlins look like an Eli Roth movie.
13 Sins 2015 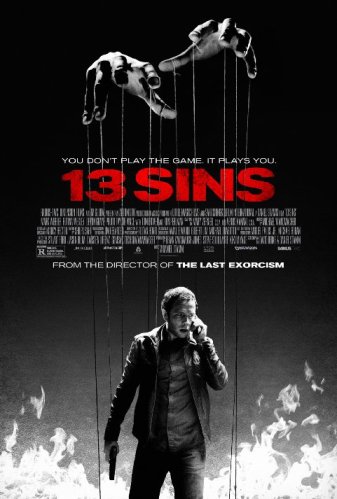 A movie about a guy who starts receiving mysterious phone calls claiming to be a game show, who gives increasing amounts of money to him as he accomplishes 13 increasingly insane tasks. Pretty good for being so blatantly low budget.
Bloody Bloody Bible Camp (2012) 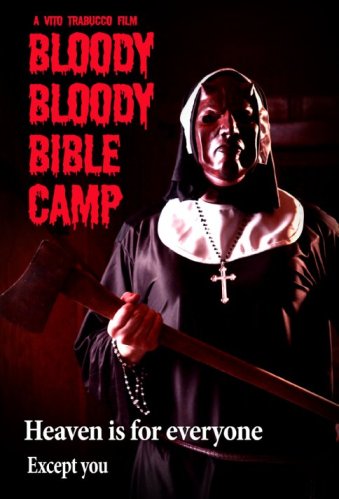 Another “making fun of slashers” horror comedy. Technically speaking, this is an awful movie. The cast can’t really act and the budget seems to be equivalent to the change left over from the two cans of red paint they bought to use as blood. I almost turned it off after about 15 minutes or so, but oddly enough, it began to grow on me. It’s messy and clumsy, but I couldn’t help but laugh at the dialogue and while the performances aren’t going to be winning any awards, some of the people really were funny.
The Long Kiss Goodnight (1996)

Good overlooked action-drama from the 90s. Kind of runs on a bit longer than it should in the end, but overall, enjoyable.
The Hateful Eight (2015)

Well that was nutty. That was probably my favorite Tarantino movie since Pulp Fiction. Well written, brutal, and fun. It was never boring either, amazingly, despite being 3 hours long, with over 2 hours being nothing but sitting around and talking.
Pride and Prejudice and Zombies (2016)

Oh, the shit we sit through for our spouses. This is definitely a movie for women. That’s all I’m going to say about that.
The Hard Way (1991)

Wow. I totally forgot about this movie. Haven’t seen it in probably over 20 years. After seeing it again I have to say, it’s a bit of a forgotten classic. Great classic 80s/early 90s performances from Michael J. Fox and James Woods and was surprised to find that Stephen Lang played the insane villain. I didn’t know he was even around back then. Also, I have learned a wonderful “new” insult: rump wrangler.
Dead Ringers (1988)