Apologies for the low quality screenshots. There was a problem with the videos so I just made some hasty pic replacements so there was at least something to see here, if anyone actually ever looks back this far…

Ah. Another classic Origin game. This one has you trying to discover your identity and survive as you wake up in a strange place, having apparently been experimented on by a crazy future scientist.

END_OF_DOCUMENT_TOKEN_TO_BE_REPLACED 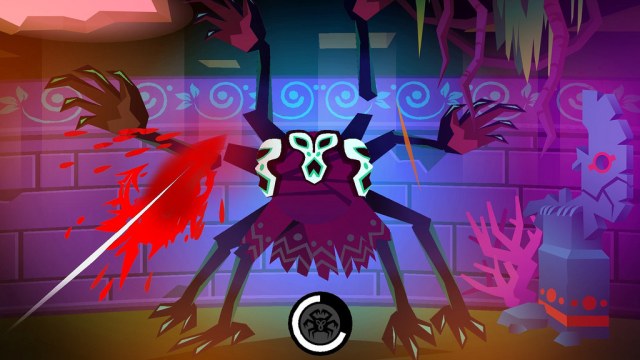 Severed is a Vita exclusive game, which is very exciting for the 10 people who own a Vita. It was made by DrinkBox Studios, makers of Guacamelee, which you might have guessed from the visual style.

Severed is a first person, tile based dungeon explorer with touchscreen combat that involves dismembering your enemies to use their bits to upgrade your abilities, because of course it is. 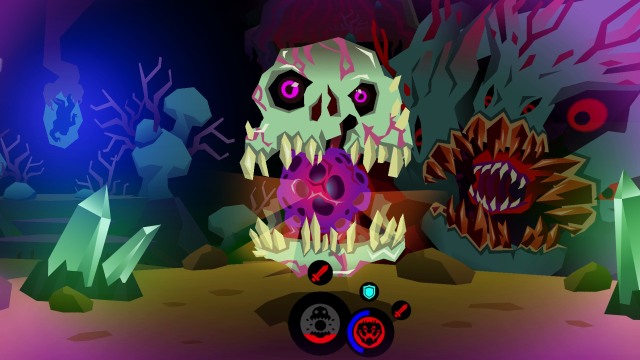 Like Guacamelee, it is a pretty short game. Took under 8 hours to 100%. Also like Guacamelee though, it’s more complex than it looks and is ridiculously fun and hard to put down. I ended up plowing through 5-6 hours of it in one sitting. If you’re into such things and you are one of the other 9 people that own a Vita, it’s definitely worth getting.

END_OF_DOCUMENT_TOKEN_TO_BE_REPLACED

More specifically it is basically just Castlevania. References to Symphony of the Night and other older Castlevanias are all over the place.

The game was a lot of fun, with a lot of interesting old-timey Castlevania-ish equipment and secrets.

It does a great job of reproducing the feel of a high quality NES classic, especially with the great NES sounding soundtrack.

The only downside is that it’s only about 4 hours long, even if you go find every secret.

Still…awesome retro game though. Play it if you like such things. I don’t have time to discuss it further because I have to go play DOOOOOOOOOOOOOM!

Strife is possibly the most underrated old-timey FPS of all. Coming out in 1996, using a heavily modified Doom engine, Strife did its best to be a Deus Ex type game almost 5 years before Deus Ex came out. It had a comic book-ish story…

END_OF_DOCUMENT_TOKEN_TO_BE_REPLACED

An interesting new retro-themed game that seems to be getting a lot of hype lately. I suppose Legend of Zelda is the old timey game it most closely resembles, combined with the visual feel of old VGA PC games. In a more modern sense though, it feels very much like someone mashed Bastion and Fez together.

END_OF_DOCUMENT_TOKEN_TO_BE_REPLACED

Played this a few years ago on PC already, but grabbed it again on PS4 a while back for $3 because why not. So, the new version of Shadow Warrior is a lot like the old one. Action packed, hyper-violent, full of horrible jokes, and entirely focused on pretty straightforward old school FPS combat.

END_OF_DOCUMENT_TOKEN_TO_BE_REPLACED

And now for the sequel that took 12 years to come out and ended up as a weird outsourced portable game that barely anyone played. This was a weird game. Most of the time the plot and dialogue is just completely incomprehensible. They give you almost zero explanation as to what’s going on. You’re Aya Brea from Parasite Eve 1 and 2, except you have amnesia and no more parasite powers I guess, and you’re in the near future where mysterious creatures are invading, which is literally all you’re told about these creatures, and you have to stop them by Quantum Leap-ing into other peoples bodies in the past so you can…blow them up in the past over and over again, even though that seems to prove completely ineffective every time, I guess? I don’t know. They don’t bother explaining the plot at all until the very end and there seem to be some issues with the English translation so it’s all a bit confusing.

Spoiler alert: the big secret in the end is that you are really Aya’s adopted “sister” Eve, from the previous game, who is really her clone, whose mind has just jumped into Aya’s body and oops Aya has actually been dead for years and all these mysterious invading creatures have actually been spawned from the fragments of her shattered, magic parasite-powered soul from back when she died, but it’s ok because Eve’s magic parasite-powered soul automatically makes another race of beings, which we only meet one of, who pretends to be your boss for the whole game until he reveals himself at the end and explains everything to you and then tries to kill you…because…I don’t even know, whatever. Thanks Japan.

The game isn’t the best about explaining its own gameplay mechanics either. Basic combat is simple enough, and luckily, fun enough, but other aspects of the game were just baffling and seemingly pointless. What was the point of experience and levels for instance? You don’t unlock powers anymore and you don’t have any stats that increase so…what’s the point? If there was any benefit, I didn’t see it. There was the weird passive power system too where you plug little stolen DNA chips into a circuit board to give you powers that…do things? I don’t know. None of it seemed particularly useful and the game never bothered to explain how it worked. I guess I could to dig through some unmentioned text files that are only accessible through certain terminals to learn how to use the it, but it didn’t seem to matter enough for me to care to make that unnecessary effort.

The combat and enemies were pretty fun though. There were a lot of big weird monsters to fight and all the body jumping and explosive gunplay was actually pretty good and kept me entertained for all of the short 6 hours or so of the game. I suppose it isn’t really that much of a departure from the originals when you think about it. Solid combat against cool monsters, despite often poorly explained and sloppy mechanics. Trying hard to be cinematic, with a lot of really nice cutscenes, and an interesting, but sloppy and ultimately senseless plot. Characters that are just caricatures and afterthoughts. I don’t know. It sure wasn’t the amazing sequel everyone would have liked, but it was alright I guess.