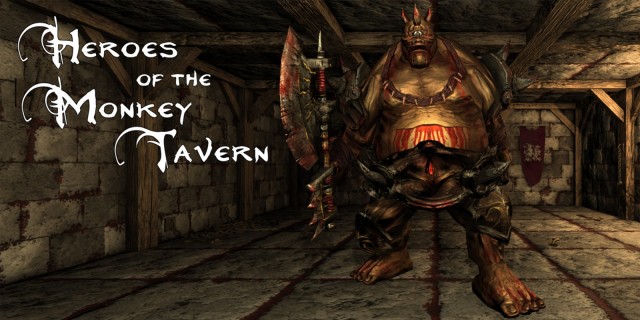 Heroes of The Monkey Tavern is a game that could easily be mistaken for a Legend of Grimrock mod, but surprisingly is not. The more you play of it, the more you see that it’s not very much like Grimrock at all, but it sure does have an extremely similar look, doesn’t it?

If you haven’t figured it out already, Heroes of The Monkey Tavern is a first person dungeon crawler that hearkens back to the days of Lands of Lore, Eye of the Beholder, and etc. Unfortunately it’s an extremely simplified version of said games, even by modern dungeon crawling standards. 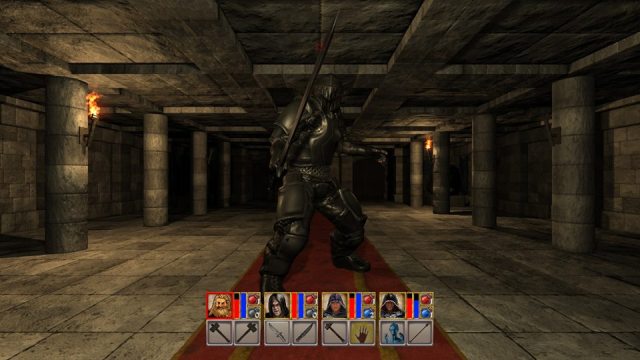 Even the more recent Legend of Grimrock could be described as heavily simplified compared to the very complex (and often very clunky) design of classic dungeon crawlers from many decades ago, but this goes way beyond that. This is more like if you took a basic dungeon crawling formula and wanted to condense it down to a mobile game. Actually, even that’s not really accurate, because I’ve literally played mobile dungeon crawler games that were still deeper than this (look up Undercroft sometime, if you can find a device that’ll still play it…).

This is not to say that this game is without value or fun though. Just don’t expect too much from it. It’s terribly basic and easy (at least on normal difficulty), so much so that I imagine it would all grow very old very quickly, but on the other hand it’s not a very long game either so there isn’t really enough time to get sick of it. 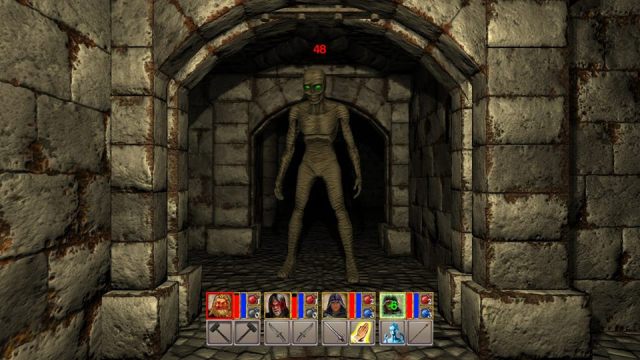 Combat is pretty basic. You just cycle through your characters pressing each of their attack buttons, and maybe every once and a while hitting a heal spell on your cleric. You can feel free to just go all out with your attacks and spells because you can rest and recover all your HP and MP at almost any time without consequence. This isn’t really a new mechanic for this genre, but aside from a few rare exceptions, most of the fights in between naps don’t really feel all that dangerous.

They do look pretty nice for what they are though. The enemies are visually well-designed and well-animated (though I’m now told that they’re actually store-bought assets). The environments aren’t bad looking either, though there isn’t much in the way of variety there. The layouts of said levels are usually pretty straightforward too. It’s mostly just searching around until you find the key to the exit. There are a handful of puzzles, but most of them are extremely basic and just involve some basic switch throwing. 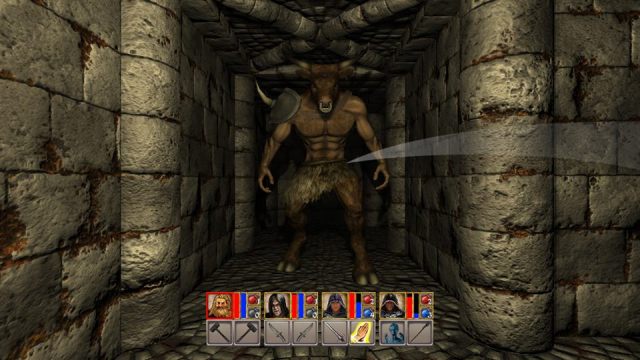 I’m still wondering why each character comes with a massive set of inventory spaces, enough to carry every single item you find in the game through the whole game, yet there’s absolutely no reason to do so. No way to use extra items for anything special or merchants or anything. Who knows?

So yes, very simple, very basic. This about sums up the game entirely. Again, not entirely un-fun, but it’s definitely a noticeably amateur effort. Having only paid something like $5 on a sale for it, and the game only lasting for 5 hours or so, I still didn’t feel ripped off I suppose, but it’s not something I think I’d actually recommend to anyone. If you’re really, really into dungeon crawlers and you’ve already played all the much, much better ones out there and want a cheap, quick dungeon crawling fix that you can take on the go, maybe you’ll want to part with $5 to grab this on sale too, but otherwise it’s nothing even remotely essential.

One comment on “Now Playing: Heroes of The Monkey Tavern (Switch)”