Oh, I do love me some Spider-Man. I was a little worried when this was announced back in the day, probably a bit irrationally since it mostly involved my intense dislike of that new costume with the white bits, but the game just looked so damn good when they finally started releasing those gameplay vids that I could hardly stay away from what finally be another great Spider-Man game (it seems like so very long ago that Shattered Dimenions, the last Spider-Man game I liked came out).

I was thrilled to learn that you can take that awful costume off immediately upon getting it and just wear the normal Spider-Man outfit too, along with many other alternate costumes of varying quality (more good ones than bad ones, I’d say). I have to admit that I’m a tiny bit butthurt about there not being classic black or Superior Spider-Man costumes, but I’ll get over it.

Anyway, the game itself sure is something. There’s no escaping the similarity to the Batman Arkham games, but it’s hard to complain about a game adopting a similar style to an incredibly enjoyable and popular series, especially when it’s been re-purposed here with such finesse.

The look of the city and its inhabitants and the feel of swinging through it to pummel hordes of criminal scum are truly impressive. The world is so incredibly detailed and well-designed that it’s pretty easy to understand why everyone on the internet is going nuts with the photo mode in the game. While I usually take a lot of screenshots, I’ve never bothered using photo mode in any game before (not really sure why, just never felt like I needed it), but there are just so many exquisitely photogenic poses and action scenes taking place before your eyes that you too will probably feel the compulsion to start snapping pics left and right.

The combat also closely resembles the Arkham games, though to Spider-Man’s credit, his version of combat relies less on stealth and a bit more on fast-paced acrobatic beat-downs. While there are opportunities for stealth, its not given as much attention here, which is fitting considering the more “daytime hero” nature of Spider-Man compared to Batman.

I do feel like they maybe got a little carried away with all the gadgets though. I got a lot of use out of the impact and electric webs, but rarely found myself needing to bother with any of the others. Many of them seemed to perform pretty much the same function of temporary mass-incapacitation, and I’m not sure why there was any need for so many variants of that same ability. There were even two whole optional gadgets that I never even tried because the game never bothered to introduce them like the others and I already wasn’t touching most of the ones I already had. Hardly a major problem for a game to have, TOO many options, but some streamlining and/or more variety in the next game would be a nice touch.

Speaking of too many options, there is quite a lot to do in this little chunk of fictional New York. Aside from the main missions there are semi-random crimes to be stopped in each area (more of which are added in each of the three acts of the game), collectible items and photographs, and more sets of side missions than I can even accurately remember (6 different kinds? 7? Something like that). Unfortunately, the majority of this side content is pretty typical open-world game fluff. Go here, beat up these identical criminals, jump through these sometimes literal hoops, find all the things, etc etc. Most of it has little to no story behind it and it all begins to feel copied/pasted after the first few times of each type. I suppose it’s a credit to how fun the gameplay is that I still did it all anyway without feeling bored, but again, a little more depth and variety next time would be nice.

I can’t help but to think of God of War here, because if Spider-Man would have had that same kind of unique, hand-crafted feel to all its optional content then it would have easily been my game of the year. The main campaign missions were so amazingly well-crafted that they easily rival (and maybe even sometimes beat) God of War, but everything in between was frankly filler. Fun filler, but filler nonetheless. 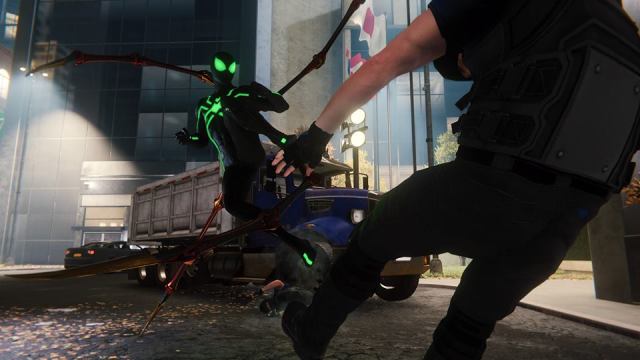 Anyway, about that main campaign, I guess I might as well go ahead and compare that to the damn Batman too. Oh, the story itself isn’t at all comparable, but the way this game carves out its own little alternate version of an iconic hero, much like the Arkham games or even Telltale’s Batman, is a bit similar. There are many familiar faces and places and the core themes and character elements are much the same, but you quickly learn that the details are quite different in this version of Spider-Man. The biggest changes are hard to get into without spoiling massive plot points, so let’s just say there are some big surprises in store even for those that are very familiar with Spider-Man history. Insomniac Games was quite smart to enlist criminally underrated writer Christos Gage to script Spider-Man, as the story is excellent and does a great job of simultaneously wrapping up the main conflict and setting up a bunch of things for the sequel(s).

A less spoiler-y change would be something like MJ now being a peppy reporter with a penchant for sneaking into restricted areas full of armed guards and/or criminals. I think this is an interesting take on the character and a good way to get the character more directly involved in the story, in theory, though I’m not super thrilled about this involvement taking place in a bunch of forced, scripted stealth scenes that keep interrupting the main story. Miles Morales also enters the story and gets a few stealth missions of his own. I can’t help but wonder, do people generally like these kinds of levels in games? Because games sure are insistent on shoving them in all the time, aren’t they?

Ultimately, while the game has its minor flaws, it’s still an incredibly good game and easily the best Spider-Man in quite some time. It’s even possible that it might be the best Spider-Man game ever made, although there isn’t a whole lot of worthy competition in that arena. Spider-Man is probably my number one favorite superhero so I’m glad to finally see him getting the respect he deserves outside of the comics for once, and this game really does do him justice.

I think I would rate Spider-Man a little bit lower than God of War due to the repetitive nature of the optional parts and lack of depth in its combat (as fun as it still is), but I would at least go so far as to say that it was one of the best games of the year. Highly recommended not just to fans of Spider-Man, but to anyone who just plain likes good games.

And now before I go…enjoy this obligatory (spoiler-free) photo gallery! 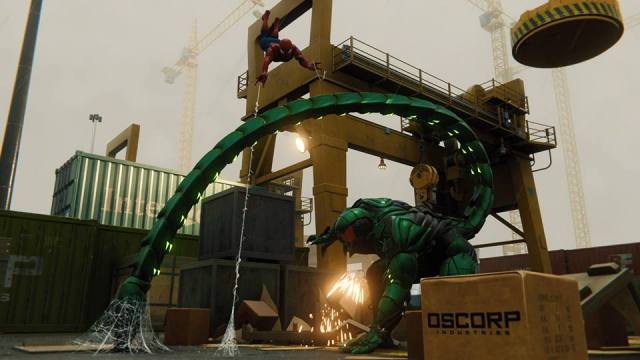 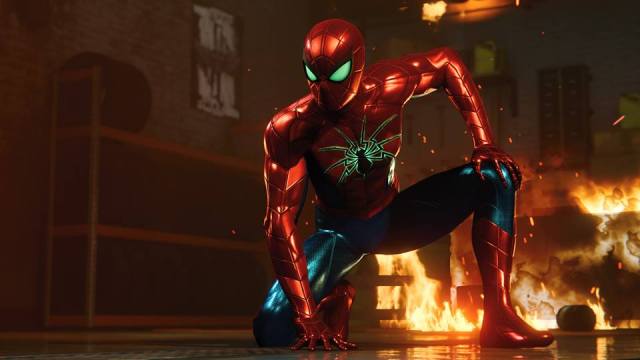 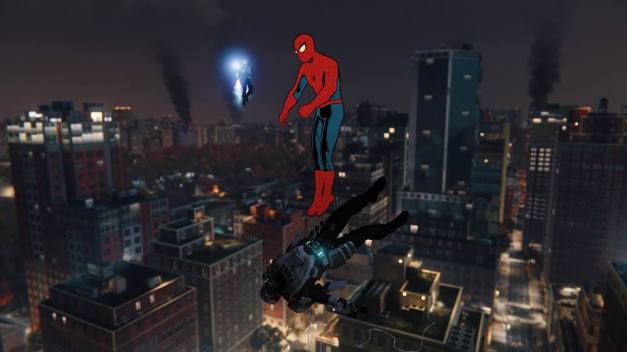 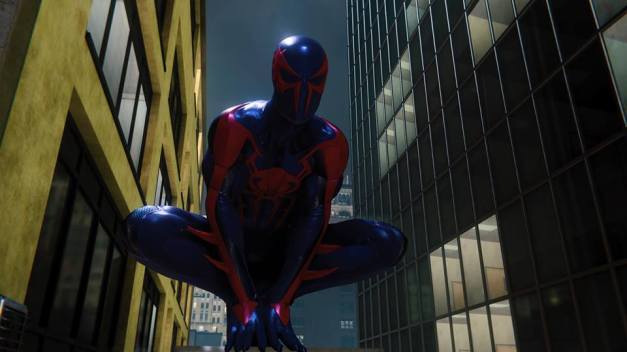