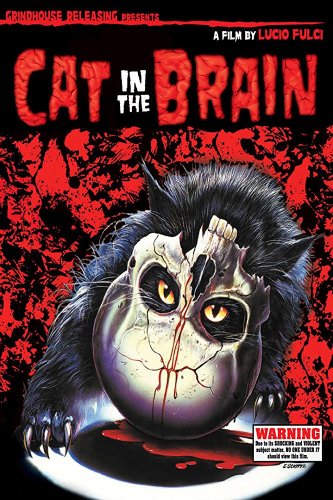 What a great cover! So naturally it’s a disappointing snoozefest. Fulci actually plays himself in this, in a weird story where he’s starting to lose his mind after directing all those nasty horror movies and his psychiatrist uses it as an opportunity to go on a killing spree and try to pin it on his patient. Wait, wasn’t that the plot of Night Breed (and many others)? While the movie Nightbreed actually came out the same year as this, the book came out a few years earlier. Tsk tsk. It doesn’t actually share any similarities beyond that though. It’s just a kind of boring slasher movie that’s apparently supposed to be a satire, but there isn’t a laugh in sight. Certainly not Fulci’s finest moment.

This Fulci film was much better. It’s kind of a cross between Carrie, Suspiria, and Patrick. An unpopular girl gets tricked Carrie-style, but then ends up getting knocked into a coma in the course of the prank, and then starts possessing another girl and causing strange things to happen to her tormentors with her mysterious coma-witch powers. It’s everything Cat in the Brain wasn’t, with cool over-the-top synth music and a lot of bizarrely memorable death scenes. Great stuff. 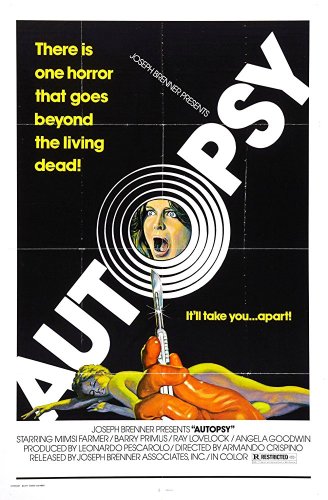 Another strange giallo movie. Pretty standard giallo stuff, with bizarre, compelling characters wrapped up in a murder mystery full of crazy twists and turns. Not amazing, but strange and interesting enough to be decently enjoyable.

This is a classic that I’ve seen quite a few times already. Sexy energy vampire from space invades London and causes an epidemic of weird life-sucking zombies. A must-see 80’s sci-fi/horror that was written by the late, great Dan O’Bannon and directed by the also late and great Tobe Hooper.

An interesting werewolf movie from the 90’s. A bit goofy, but the effects were pretty good for the time (except for that one awful CG transformation scene). The interesting hook is that the family dog is really kind of the main character here, with everything kind of revolving around him, as he’s the only one who realizes what’s really going on and trying to do something about it. The writing of the human characters is actually a little frustrating. Spoiler alert: the tough lawyer mom who is supposed to be the actual main character ends up becoming unbelievably stupid. She sees news reports about a bunch of people being found savagely killed in the place her brother just moved to her place from, goes in his trailer and finds pictures of girlfriend having been horribly mutilated, and even finds a journal where he flat out says I’M A WEREWOLF AND I’VE BEEN KILLING A SHITLOAD OF PEOPLE, but when the police find a mutilated dead body near her house after all that she says “OH. I GUESS MY DOG MUST HAVE DONE IT. BETTER SEND HIM TO THE POUND TO BE PUT DOWN!”. Pretty bad even by conveniently dumb horror movie character standards. Still, the rest was good enough to be enjoyable despite that. 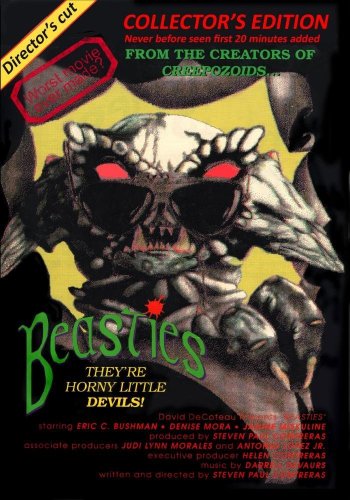 This is one of those ones where I really should have known better. The horrible quality was actually kind of funny at first. It seemed like some college kids just made this on their personal camcorder and they seemed to be having a good time and not taking it too seriously, but the novelty wears off as the story just stops going anywhere at all after the first 20 minutes or so. You can’t be awful AND boring. That just doesn’t work.

This is like a cheap, Italian version of The Exorcist. Oddly enough, it’s by the same director as the infamous Troll 2, but it’s nowhere near that level of awfulness. It’s not great, but it’s not completely terrible. I enjoyed it a bit, but I don’t think I’d go out of my way to recommend it to anyone else.

Hm. Another winner, surprisingly. This is a very strange horror comedy about two brothers who run a popular vegetarian diner, but secretly make all the food out of people, but that’s also a cover for their real goal of creating a patchwork body for a ritual to summon their weird fake Egyptian goddess, Sheetar. One of the brothers is also a wrestling fan and ends up doing an exhibition match against a guy called Jimmy Hitler. Very strange stuff. I got a good laugh out of it though. 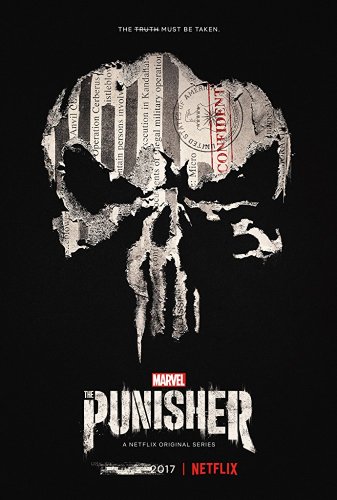 And finally, we binge-watched the new Punisher series. It’s sure a very different version of the classic Punisher origin, leaving all the familiar Vietnam War ties behind and pretty much cutting the mob out of the story altogether. It was an excellent show though, one that I’d think would be enjoyable for both fans and newcomers to The Punisher. Extremely violent at times, not that I’m complaining.