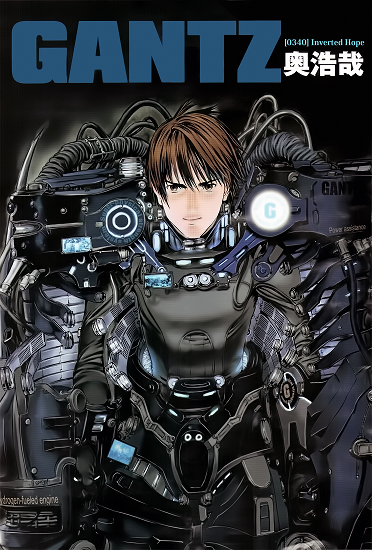 I originally happened onto Gantz many years ago when I was going through a big anime phase (not there’s anything wrong with anime, I just don’t really have time to fit it in among all my other hobbies anymore). It was the only one I liked enough at the time that I actually sought out the manga it originated from. It’s the crazy story of two high schoolers who are run over by a subway train, but then suddenly wake up to find themselves in a strange apartment with a bunch of strangers and a mysterious giant black ball called Gantz, which opens up to reveal a selection of weapons and strange costumes and proceeds to tell the group that they must all go fight some mysterious aliens.